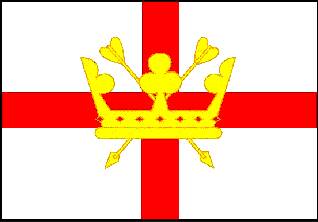 Over the years I have often been asked how and why I joined the Orthodox Church. It is an experience which I myself have only come to understand with time and have long struggled to express. Below is my answer to the question, an answer which I have only in recent years been able to put into words. To some it may sound mysterious, but this is as near as I can come to eloquence in this matter.

My forebears on my father’s side of the family come from an old village in Suffolk in the east of England, near the market-town of Haverhill. Called Kedington, but known locally as Ketton, it is situated in the Stour valley of south-west Suffolk, close to the borders with Essex and Cambridgeshire.

The village is famous for the Kedington cross which, according to tradition, was miraculously found there in about the year 700. The stone cross depicts Christ, crucified but reigning in glory and victory over death. It can be seen in Kedington’s still beautiful ancient church of Sts Peter and Paul, which has been called the ‘Cathedral of West Suffolk’. This church is also famous for the memorials to the Barnardiston family, who have lived nearby since long before the Norman Occupation of 1066.

The family-tree has been traced back to 1570 by a second cousin who still lives only two miles from Kedington. In that year, my eleven times great-grandfather, Edmund Filipp, married an Elizabeth Sheldracke in Kedington. Filipp is the original spelling – Phillips spelled with a double l is a mistake that appeared in about 1620. The Filipp motto is ‘ducit amor patriae’ – ‘the love of my country leads me’. The descendants of the Filipp family, for five generations each one was called Edmund, were all farmworkers, all came from Kedington and married, either in Kedington, or else in the next parish of Sturmer, on the Essex side of the border.

The discovery of the repeated baptismal name of these ancestors did not surprise me, it only confirmed what I had long thought. It indicates just how long the veneration of St Edmund continued here after the Reformation, as a kind of folk-memory. The fact is that almost all west Suffolk was once part of the so-called ‘Liberty’ of St Edmund. This comprised the lands free of secular landowners and tax, as they belonged to the great monastery of St Edmund, fourteen miles away from Kedington in Bury St Edmunds.

During the First World War Edmund’s descendants, my grandparents, left their family home. They crossed the Suffolk border of the River Stour and headed eight miles into north Essex in pursuit of work. There my father, the third of eight children, was born and grew up in the medieval wool and lace town of Coggeshall. That was where I spent my childhood too, a few doors from where he had grown up. This was by Abbey Lane leading to the old monastery there, which had been ruined by the wicked Henry over four hundred years before. There I can remember the last cart-horses and the milkmaid in her cottage. There I can remember an old lady who taught me how the new calendar, introduced in England in 1752, is wrong. She knew, for her grandfather’s grandfather had told her father, who had told her.

This part of north Essex always looked to Suffolk and local prosperity was based on the traditional wealth of East Anglia and indeed of all England – wool. Even today the dialects of north Essex and south Suffolk, spoken by the old people in the villages, are almost indistinguishable. This can also be seen in the ancient reverence for St Edmund on both sides of the Stour valley. Like my father before me, as a child I often visited my Suffolk family and links were maintained. I can remember going to Bury St Edmunds with various great uncles and great aunts and visiting the old Abbey Gardens. I can remember their sense of simple reverence in the ruins there; somewhere, unconsciously in their spirits, they too were descendants of the old pilgrims.

In childhood I was haunted by this spirit of St Edmund, he was there with me in that part of the countryside on the Essex-Suffolk border. I sensed his spirit beyond every hill and field, every tree and cloud, and I realized that this was also the spirit of something much greater than anything on earth. I sensed Paradise just beyond everyday reality and knew that however beautiful that reality was, it was still only a shadow of the beauty just beyond it. Later, seeking that spirit, I was unable to find it anywhere else, even in places that I had thought might possess it, like local churches.

This is how I became Orthodox, for I realized then that my personal destiny must lie in the greater destiny of the Orthodox Church, the Church of the saints, of which England had once been part. However strange my conclusion, it was the only logical and inescapable conclusion that I could reach. This had been confirmed by the first opportunity I had to visit an Orthodox church. On entering, I had at once felt that I had been there all along. This had always been my home. The Orthodox Church was the only way in which I could find St Edmund and re-enter into the spirit of my childhood, the spirit of St Edmund. It is by this spirit that I lived and live and always will live. It is in my flesh and blood and bones. It is in my heart and soul.

It is also the spirit which I have found elsewhere in my travels in the world. It is possessed also, for example, by faithful White Russians in Paris, with whom my wife grew up. It is possessed by other faithful Orthodox around the world. I have met that spirit in the valleys of Bulgaria, in the towns of Greece, in the villages of Serbia, in the churches of Russia, and in many places on God’s earth, for it is also in the roots of all Western Europe. It is in the crofts of Scotland, among the peasants of Brittany, in the mountains of Norway, in the memories of Austria, in the old white churches of Portugal, wherever the spirit of the saints is to be found. It is this spirit which teaches sympathy with other peoples and other ways, taking beyond the outward differences to the inward spirit. I have felt at home in all these places, because they all shared in the same spirit of St Edmund.

Thus, despite all the outward differences, I have found that spirit of St Edmund and the same values elsewhere. It is the spirit of the saints, old and new, giving utterance to the pure values of Christ, Who lives in the Orthodox Church, and it is faithfully embodied in human cultures in many, many lands. I believe that if in England we had remained faithful to the spirit and culture of St Edmund, then the whole English Church would still today be one with, and so in communion with, the rest of the Orthodox Church.

When in 1997 I returned to England after a long pilgrimage to those many lands, I had hoped to live in Bury St Edmunds. That was not given to me; God did not grant me that grace. But it was granted to us to go to that other sainted place of Suffolk, to the town of St Felix, who had first brought the Faith of St Edmund to this land. For this grace I also thank God. As the Suffolk poet, John Muriel, wrote forty-five years ago:

So, I have come home,
After my business,
To the place I was born;
To the lilting speech,
The endless skies,
The eternal morn.

I have come back
To the heavy ploughland,
To the seas which wash up
To the countryman’s doorstep;
To the land of the Saints
And the Martyrs.

Yes, I have come home
To the heavy ploughland,
The endless sea
So I pray to our Saints,
St Felix, St Edmund
That they, in their mercy
Will look after me.